A Village in Germany

There are many village in Germany which are beautiful and worth stopping to look at.

Many of them have retained the same look and architecture which was built up in the 19th century, while remaining centers of commerce and activity in the changing German economic landscape, despite the ravages of WWII.

Here are some of the most popular villages to visit in Germany. 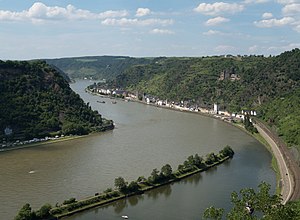 Quedlinburg – In addition to having a great name, this village in Germany was spared from the WWII bombings and is still a great representation of medieval German architecture, with its half-timbered buildings as well as examples of Romanesque churches and other buildings.
Quedlinburg dates back to the 9th century, and the castle was built by the saxon king, Henry the Fowler. Quedlinburg has been a UNESCO world heritage site since 1994 a great honor for a village in Germany.

Another Medieval village in Germany to consider visiting with Meissen, which houses a castle and cathedral complex straight out of a fairytale. Meissen is just 16 miles north of Dresden and makes a wonderful day trip if you’re visiting the once war-ravaged city. Built on the river elbe, it was once considered the “cradle of saxony” and is one of the oldest villages in Germany. It is famous for its porcelain which was exported all of the world in the form of bells, plates dolls and more. If you’re looking for a new china set, this is a wonderful place to visit.

Rothenbuerg ob der Tauer is one of the world’s few remaining medieval walled towns. This village in Germany is a great tourist destination for anyone visited in history, romance, and the lore of the knights of old.

Rothenberg appears to be part of a time capsule, and despite being partially destroyed during the war, the entire city was rebuilt in the medieval style to restore it to its former glory. Dinkelsbühl is another village in Germany you should consider visiting if you’re interested in Romantic Germany – it gets fewer tourists so you’re likely to have more fun.

If you’re a music lover, a great village in Germany to visit is Mittenwald which was known as the “town of a thousand violins” due to the large number of instruments produced here. Located in the alps near the Austrian border, Mittenwald dates from the 14th century, making it infantile in it’s age compared to many villages in Germany. So, if what you’re looking for is age, you should visit Lindau, which was the capital of the holy roman empire. 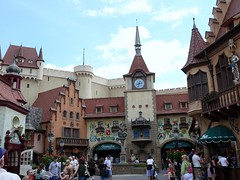 Lindau has been preserved as what hollywood would have us believe is what a medieval village in Germany should look like, complete with beautiful ponds and views of the mountains. The historic district of Lindau is actually located on an island in the middle of lake constance, which is only accessible by one land bridge. It may have become the capital of the Holy Roman Empire in the year 900, but settlements have been on this spot since the first century.

And not to leave out the wine drinkers, there is a village in Germany called Rüdescheim, which is the most popular village in the Rhine valley. This is home to many great German wines, and is also an UNESCO world heritage site. It’s one of Germany’s biggest tourist attractions – partially because of the wine, and partially because it is the home of the Niederwald – a statue built after the Franco-Prussian wars in 1871. The village still has many of its original buildings which retain their original colors and architectural styles. It’s got a great nightlife and is filled with delicious restaurants for you to try with your family.

Germany is such a beautiful country that it can be hard to pick just one place to visit. There are many beautiful village in Germany that date back for more than a millenium and often retain their oldest structures.

Not only that, but the new architecture is frequently built in the old style to preserve the look of the village as new structures pop up. Many village in Germany are great examples of traditional architecture and German culture, if you get lucky you might just see someone dressed in dirndl. There are often many tourists visiting the villages of Germany, so choose your vacation time wisely and be prepared for crowds.

This would be a test sponsor script